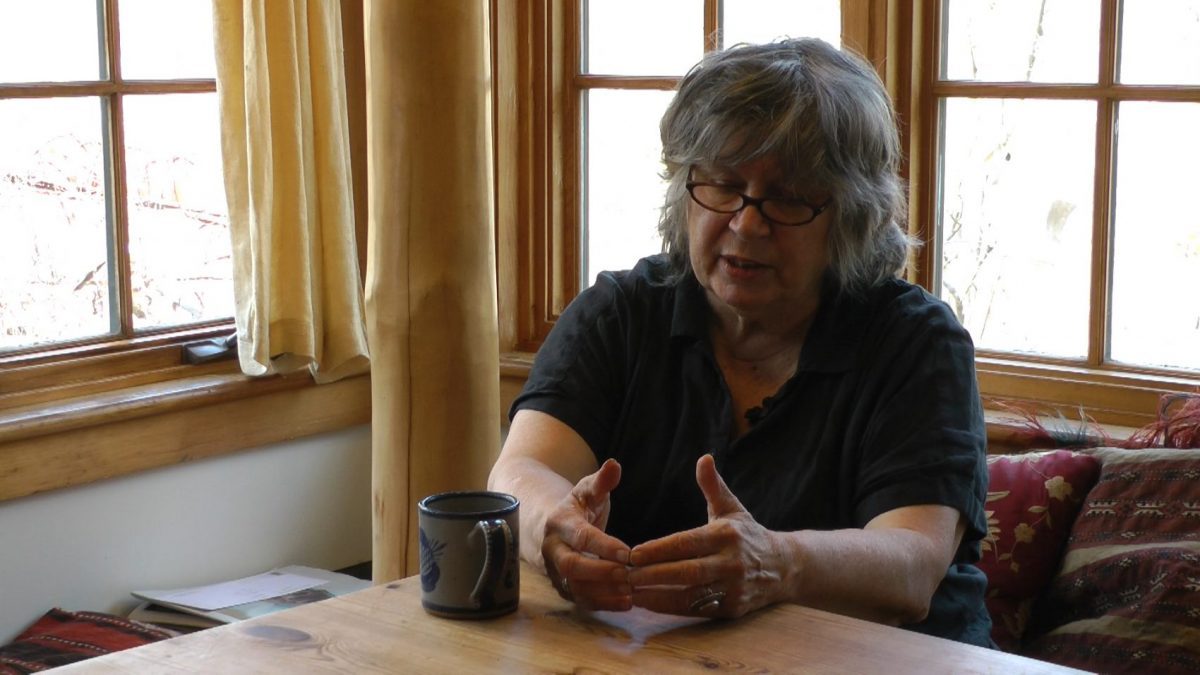 At 75 she is still an impressively energetic media activist. She is co-founder of Paper Tiger Television (1981) and the Deep Dish Satellite Network (1986), the first grass roots community television network. Her first film, Children Make Movies (1961), was about a film-making project at the Lillian Wald Settlement in Lower Manhattan. Her film, Mural on Our Street was nominated for Academy Award in 1965.

As President of the Association of Independent Video and Film Makers (AIVF) in the seventies, she led a media reform campaign in Washington, testifying twice before the House Sub-Committee on Telecommunication. She has served as a trustee of the American Film Institute, Women Make Movies and the Instructional Telecommunications Foundation.

Halleck has been closely involved with the Independent Media Center movement, which now totals over 180 centers in sixty countries. She was one of the initial group of media activists that developed the first center in Seattle during the World Trade Organization protests. Her role was to develop the initial funding proposal for the center, raise funds from individual donors and organize 5 days of satellite broadcasting from that historic event. That work evolved into the television version of Democracy Now!, the Pacifica Network daily radio news series. After retiring from the University of California in 2001, Halleck worked full-time for a year (on a volunteer basis) to create the infrastructure and resources for Democracy Now! television, building on the contacts already established by Deep Dish. This daily news program is now on over 650 community television and radio stations and on the Dish Network of 15 million subscribers via Freespeech TV.

Ms. Halleck has received many awards and much recognition including a Guggenheim Fellowship for an ecological series for the Deep Dish Network; two Rockefeller Media Fellowships for The Gringo in Mañanaland, a feature film about stereotypes of Latin Americans in U.S. films, which was featured at the Venice Film Festival and the London Film Festival

She has also received three awards for life time achievement: The George Stoney Award from the Alliance for Community Media; the Life Time Achievement Award of the National Alliance for Media Arts and Culture (NAMAC) and the Herbert Schiller Award from the 2003 Schmio Awards.

I wish to make a web interactive documentary that will include the history of Ms. Halleck’s life and work, but will also be open to others to add their documentation of her contributions and her influence on the medium. This format will reflect and honor the practice Ms. Halleck has followed throughout her professional life.